We’re excited to announce our new donation program! Through a partnership with National Recycling Solutions, ChildCareGroup is able to turn your gently-used items into cash to support our early childhood programs.

Here’s How you Can Help:

Your donation will be picked up (rain or shine) between 9:00 a.m. and dark. You do not need to be home.

Proceeds from donation sales will support the programs and services offered by ChildCareGroup, which touches the lives of more than 45,000 children each year.

Watch your mailbox for this postcard!
(click image to enlarge)

Other ways to get involved:
(Collection bins and promotional materials will be provided by NRS)

National research shows a $7 return on investment
for every $1 spent on quality early childhood education.
Your investment goes further at ChildCareGroup! 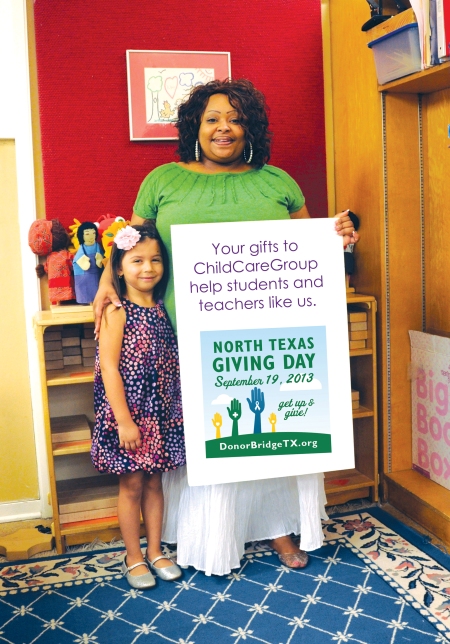 The mission of ChildCareGroup is
to promote, deliver and expand
the best early care and education programs
for children, parents and early childhood professionals. 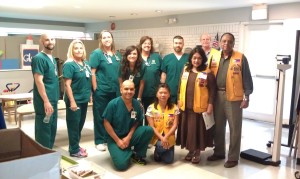 Children in ChildCareGroup’s early care and education programs are getting a healthy start, with the help of volunteers from Brookhaven College and and Dallas Filipino Lions Club!

At the beginning of each school year, ChildCareGroup provides health screenings to all of the 3-5 year old children who attend our Center Programs. We screen heights, weights, blood pressure, hemoglobin, hearing and vision. 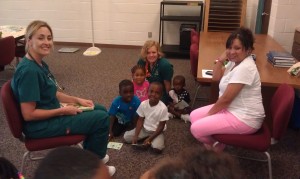 For the second year, we are excited to partner with the Brookhaven College Nursing Program, who not only assisted with the screenings but also provided entertaining educational presentations to the children. 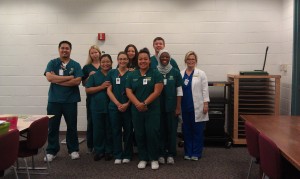 Thank you to Crystal Garzda, Tracey Hobbs and Joyce Swegle, the nursing faculty, and more than 30 nursing students for volunteering their time and nursing skills!

This year, for the first time, we are excited to partner with Dallas Filipino Lions Club Foundation, who provided the free vision screenings for our children using a new breakthrough vision screening device called ‘SPOT’ by Pediavision. SPOT can assess a child’s vision with unmatched speed, accuracy and deliver immediate comprehensive results.

Thank you to Vinod and Gloria Mathur, Fred Henkel and Maria Theresa Cruz for volunteering your time and expertise! 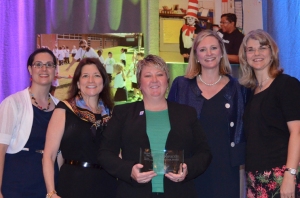 Lori Carey, Community Engagement Manager at ChildCareGroup, received the Advocate Volunteer Award, which honors a volunteer who lends a voice to community issues and engages others in United Way’s work.

Carey relentlessly hits the campaign trail with United Way staff, sharing compelling stories about how every donation impacts the community and changes lives in North Texas forever. For several years, she has been the most prolific United Way service provider volunteer at speaking engagements.

“I talk about how we work with our clients and how the United 2020 community goals fall within what we do,” she said. “I tell them stories of what goes on during a day for us, how we serve our clients and how we could not do that without the support of United Way.”

Carey also welcomes United Way volunteers at ChildCareGroup. She feels rewarded every time she glances out the window and sees a young client interacting with a volunteer.

“A lot of our kids don’t have a male figure in their lives,” Carey says. “I might see one of our kids running around with one of our guy volunteers, acting silly together. That makes me really happy.”

To read the full story…

CONGRATULATIONS LORI!
We are so proud of you and this much-deserved honor.

The Eres School for adults in Carrollton generously donated new toys for the children at Landauer ChildCareGroup Center! 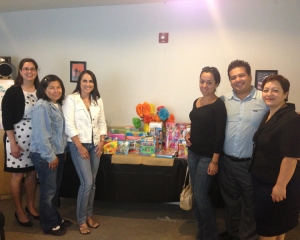 Thank you, Eres School, for supporting ChildCareGroup with your leadership, service, and donations. Come back again soon!

ChildCareGroup and leaders in the early childhood development field came together to recognize Dallas-area early childhood professionals for their extraordinary talents and dedication.

“It is our privilege to honor the individuals who are going above and beyond in the field of early childhood education,” said Tori Mannes, President and CEO of ChildCareGroup. “Each day they invest in our most valuable asset — our children — and together we are equipping the next generation in Dallas for success.” 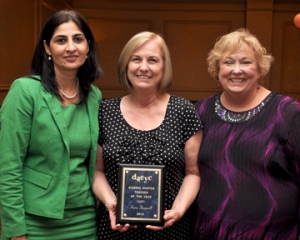 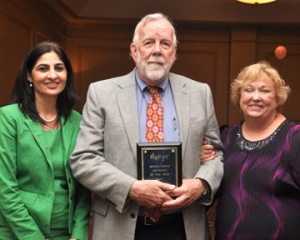 Special thanks to our event Sponsors and Partners

ChildCareGroup has a new look!

ChildCareGroup’s mission is to promote, deliver and expand
the best early care and education programs
for children, parents and early childhood professionals.

We were pleased to be able to work with noted strategic marketing/branding firm MEplusYOU (formerly imc2) to help us bring forth our vision.

The alignment of our logo, mission and tagline exemplifies our belief and vision for our organization.  Our new logo combines the image of a book and an enthusiastic child, to represent an eagerness to learn and emphasizes that a life of achievement starts with early education. Our tagline, “Nurturing the great in every child,” references our belief that children learn best in the context of relationships, and that there is greatness and potential in every child.

Where we’ve been – 112 Years in Early Education 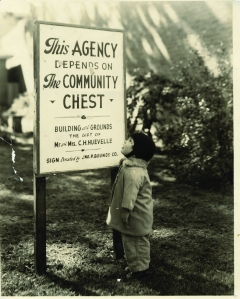 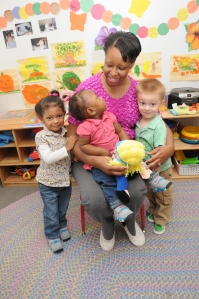 Our agency has grown over the years to include comprehensive evidence-based programs and services for children, parents, and early childhood professionals.  We are excited about the future and look forward to sharing our journey with you.

Thank you for your continued support of our mission and programs!

We’re Going Green! Registration will be available online only

Includes breakfast, lunch and 7 clock hours of training.
Space is limited and available on a first-come, first-served basis.

ABOUT THE KEYNOTE SPEAKER:

Marcia L. Tate, Ed. D. is the former Executive Director of Professional Development for the DeKalb County School System, Decatur, Georgia.  During her 30-year career with the district, she has been a classroom teacher, reading specialist, language arts coordinator, and staff development director.  She received the 2001 Distinguished Staff Developer Award for the State of Georgia and her department was chosen to receive the Exemplary Program Award for the state.  Marcia received her bachelor’s degree from Spelman College; Master’s degree from the University of Michigan; specialist degree in educational leadership from Georgia State University; and her doctorate in education from Clark Atlanta University.

This conference is made possible by:

As the lead agency for the Texas School Ready (TSR)! grant in Dallas, ChildCareGroup is now recruiting child care centers to join the 2013-2015 grant cycle.

What is the Texas School Ready! grant?
The TSR! project delivers an effective, high quality early childhood approach for at-risk preschool-aged children at no cost to the participating classrooms. Find out more by watching this video!

For qualifying classrooms, this model provides:

We’re excited to take this step to better serve the families and children in our care. If you have any questions, please do not hesitate to contact us.

Our new administrative offices will be located at: 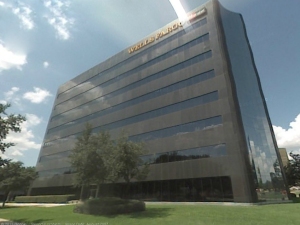